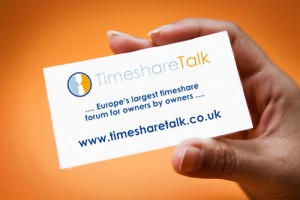 The U.S. Supreme Court has turned down a request by Orlando-based Westgate Resorts for review of a $500,000 judgment against the company over high-pressure sales tactics in Tennessee.

Westgate’s attorneys declined to comment on the rebuff by the nation’s highest court. But the National Timeshare Owners Association has taken notice.

“This could be just the beginning of many more legal challenges ahead. The Overton case exposed and put on record various Westgate sales, training and compliance practices which violated the consumer protection and timeshare act,” said Gregory Crist, president of the NTOA.

In the lawsuit, timeshare buyers Nathan and Patricia Overton said they were promised many things when buying a timeshare unit in Gatlinburg in 2011 that later proved to be untrue.

Previously, Westgate’s attorney Michael Marder said the Tennessee case was an isolated incident and that the company made mistakes that it had not been allowed to correct. Since then, attorneys in Tennessee said they were talking to more possible plaintiffs.

The Overtons bought into the timeshare for slightly less than $40,000, after what they described as an eight-hour sales pitch. The Westgate salesmen were Robert B. Justice and Raymond Veverka. Veverka was also a sales manager, and he no longer works for Westgate.

Two judges in Tennessee found that Westgate failed to deliver on promises to provide additional nights at Westgate resorts for at a discounted rate (known as Owners’ Nights). Westgate lost an appeal to a Tennesse court in January 2015, and had made one final appeal to the U.S. Supreme Court.

And, Westgate was found to have provided outdated sales documents with the Overton’s contract, specifically a Public Offering Statement from 2006. Amendments to the 2006 statement were supposed to be given to buyers on paper copy, but they weren’t provided.

At least one Orlando executive testified in the case. Mark Barton, executive director of contract processing at Westgate’s corporate headquarters, “conceded that it was known within the company that the CD-ROMs did not contain the post-2006 amendments, and that paper copies of the amendments had to be provided to the purchaser.”

Amy Gregory, an expert on timeshares at the Rosen College of Hospitality in Orlando, previously told the Sentinel that the timeshare industry is going through dramatic changes in how it markets and sells.

“I don’t think the industry intends to deceive customers, as a whole,” Gregory said. “But the industry is aware that the way the product has traditionally been marketed and sold probably needs a little revamp. Technology and younger consumers are making a difference.”

In Florida, new laws were adopted this summer governing the regulation of timeshare sales. The law changes were supported by the timeshare industry and criticized by some consumer advocates. One provision in the law prevents consumers from canceling their contracts for “non-material” flaws in the sale contracts, but it does not define what “non-material” means.

“We think that regulatory scrutiny of the timeshare industry is going to increase measurably with a new focus on corporate conduct,” Crist said.

He said the NTOA is now pushing for a requirement that a written and current copy of a public offering statement always be provided, even if backup documents are on a disk or computer storage device.

Founded by President and CEO David Siegel in 1982, Westgate Resorts operates as a subsidiary of Central Florida Investments, Inc. The company says it employs 10,000 people and has about 13,500 villas at 28 U.S. resorts.

For more information regarding this article or assistance in any other timeshare related issues please contact the TCA on 0203 519 3808 or email: info@TimeshareConsumerAssociation.org.uk

Please contact us for friendly impartial advice about your timeshare